Myoko is a world eminent champagne snowfall area. You can have an exciting time with playing snow here

Myoko is world renowned for its light dry snow often referred to by the Japanese as Champagne powder!

Enjoy your trip to Akakura Onsen in deep Myoko powder, boasting over 16m of snowfall annually.

The best quality snow in Japan

The Myoko area dumps 16m of snowfall annually and is always ranked in the top 5 best ski resorts in Japan. Many travelers from around the globe travel to Myoko just to experience this powder snow. With this world class powder surprisingly yet to be discovered by most of the world, Myoko is a hidden gem and a unbelievable place to ride on the slopes.

1. (Myoko) LOTTE ARAI RESORT won Japan's Best SKI Resort 2020 for WORLD SKI AWARDS, one of the most prestigious awards in the international ski tourism industry. The awards consist of categories for ski resorts, hotels, and travel agencies not only in Japan but also around the world, with November's best awards being announced through voting every year. Celebrating its eighth anniversary this year, skier and snowboarders around the world hold hundreds of thousands of votes every year.

1. One of the biggest ski areas in Japan 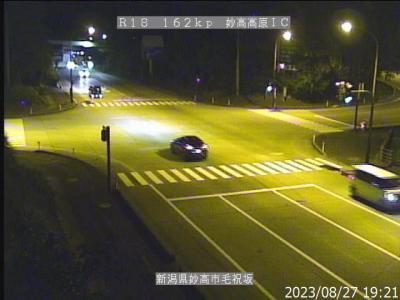 Akakura Onsen Ski Resort is made up of 3 main areas, Yodel, Kumado and Ginrei. There are plenty of different courses suitable for all levels of skier and boarder.

Myoko Suginohara ski resort has two zones, the Suginohara Zone and the Mitahara Zone. The resort also has the longest run in Japan of 8.5km!

Alpen Blick Snow Resort is great for learning as well as some great tree terrain.

Seki Onsen is a small ski resort with just 2 lifts that is famous for having some the best snow in the whole of Japan.

Lotte Arai Resort awaits you amidst a scenic landscape of mountains, stretching outward to the ocean from Mt. Myoko, and a broad expanse of countryside.